A downloadable game for Windows

Please leave some feedback or comments, it's greatly appreciated.

Explore the ship and try out the different gameplay mechanics!

Double-click the .exe and remember to give me feedback afterwards!

I don't feel as though any of the mechanics are extraneous, but they may need a bit more tying together overall.

I think the breakable glass and depressurization to outer space is an excellent element, as it forces you to be careful about which gun you use to shoot, and from which angle. It reinforces the careful planning  element of a stealth game quite well.

A slight addition to aid the player in making informed choices would be being able to see what weapon an enemy is holding. It can be a bit rough to try to surprise someone from behind only to find out they were holding a shotgun.

Also, I found out you can be crushed by closing doors, a nice little detail :3

I generally agree with what v_agdg_feedback said.

Quite a neat game/set-of-mechanics overall, you have a strong base game. I think you should prioritize tightening the controls and providing more environmental cues to the player; stealth games rely on being able to make informed decisions quickly. Keep up the good work, it's looking awesome! :D

You have all these great features/items that lean on the stealth side of things and you don't think to implement any kind of melee takedown/choke maneuver? What is the point of running cameras and whatnot if the only action you can take against them is 'loud'? AI reaction to things is instant and there's no slight prediction so continuous strafing seems to be the better option in every case. So with this, you've added semi-broken stealth gameplay to your game and merely improved gunplay and the rest. Peeking is a great feature for this demo, despite the broken stealth which really serves no purpose at the moment, but it also feels slightly awkward to use in the manner of which you've made it. I'd welcome a cover system specifically for peeking near corners. Performance in general seems okay, but slows to a crawl whenever you view through the camera terminal. I'm also going to assume you want to add sound to your game which would also help immensely.

Failing at guessing the password when you access the air terminal will eventually display the rest of the text(and therefore your help) off-screen. The AI also sometimes doesn't seem to react at all whenever I gun down a friend of his right next to him and . I actually was expecting you to implement certain mechanics related to how sound works in space, unfortunately not. As such, I'm able to shoot in front of someone/around/behind, and they will be no alarm raising nor will they even detect me. This game could be much more interesting if you're willing to add mechanics around that so if a window is smashed open, after decompression in that particular area, sound will not affect the AI. They might feel the vibrations if for example, they're leaning against a wall trying to get a peek at the player's location and then become alerted towards a general position. Being able to pick up the placed down portable camera again would also be a benefit to the player.

QoL changes would be looping around item selection when using mouse wheel(wheel up from 7 goes back to 1 and vice-versa). Options menu to adjust keybinds, sound volume and graphical settings. Don't think I've encountered anything else, be it bugs or issues the game might have, so I wish you good luck with your game, AOTYdev.

Actually there's one last thing, I do indeed like how you're able to propel yourself in space by shooting your guns.

Thanks for the lengthy feedback.

I'm aware some of the features are half-broken. I'll probably have to scrap some of them like the depressurization and air mechanic because they're quite buggy and I'm not sure if they add a lot.

My next plan for the game is to do a design document and clean up the code. I fear got a little too much into a feature creep. I need to think what I want my game to be about and have a clearer idea of the work ahead.

Progress is really slow because I don't have discipline and have  low motivation at the moment. However, some work is being done on the assets. Posts like this not only contain useful information but really help me get back on track so thank you.

That's the damn word I was looking for and I couldn't find (nor remember) anything on google but airplane related stuff, sorry. Despite it being quite buggy, it is still a pretty decent game and it'll be better if you can fix it. It doesn't add much right now as you have little content in your demo, but let us just say it can be considered a core mechanic even if you don't make use of it in space all the time, don't give up. People do tend to like these kind of realistic mechanics.

I wouldn't say you have any sort of feature creep as it's usually reversed for 'games' like Star Citizen which definitely have feature creep over the course of their scam. You have stealth mechanics being able to interact with one another but with a lack of a finisher(takedown), sound which works on both the stealth side and gunplay/'loud' type of play. Not that I'd say no for you to think about what you want your game to have, but haven't you already implemented(stealth/alarms/space system mechanics) what you wanted the game to have?

>Progress is really slow because I don't have discipline and have  low motivation at the moment.

Start exercising, go for a jog or lift but really don't give up because you think you can't handle good mechanics introduced in your game. 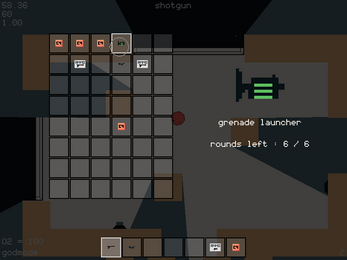 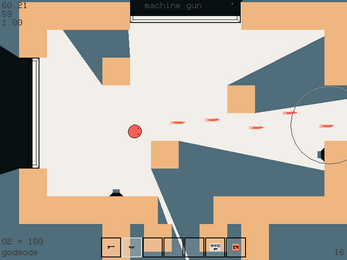 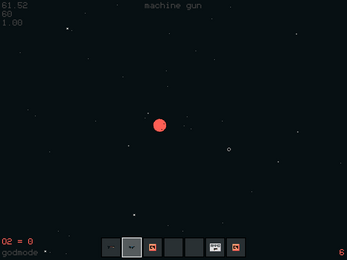